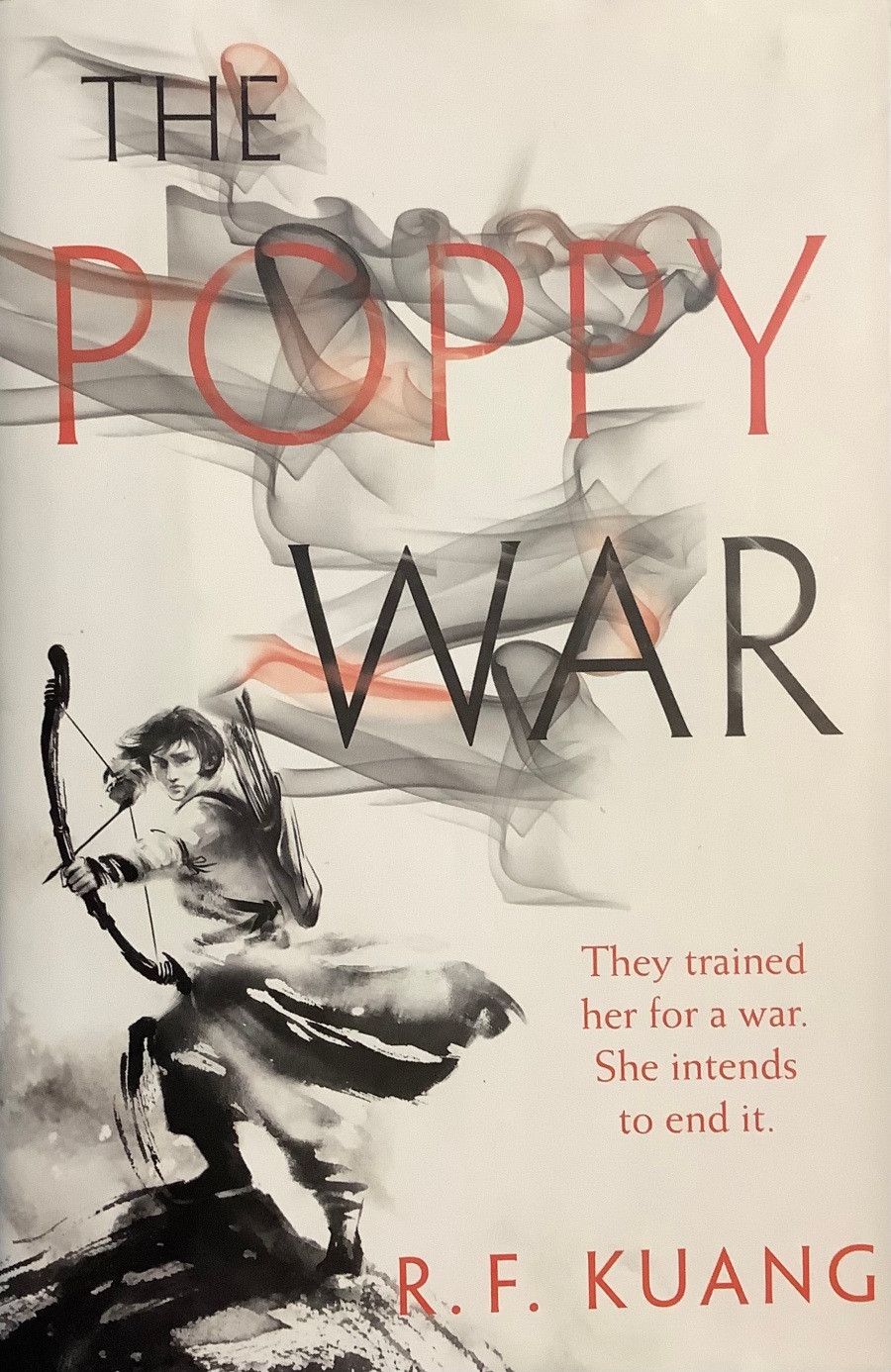 I recently interviewed R.F. Kuang, bestselling author of The Poppy War, for NewMyths.com. I was Kuang’s classmate during Odyssey 2016.

I am reproducing the interview here, for your enjoyment.

R.F. Kuang is a debut author whose epic fantasy novel The Poppy War tells the story of Rin, a war orphan from a backwater province in the Nikara Empire. Rin must risk everything to study at the military college of Sinegard, where she encounters discrimination due to her gender and the colour of her skin. Becoming apprenticed as a shaman to an eccentric master, she learns how to summon the powerful Phoenix, a god who can give mortals unlimited power at the cost of their sanity. Will she be able to use this power to win the coming war against the genocidal Federation of Mugen? Or will the cost be too high?

Kuang is currently undergoing graduate studies at Cambridge University on a Marshall Scholarship, studying Chinese history and the relationship between memory and collective trauma. I first met her when we were classmates at the Odyssey Writing Workshop in 2016. We conducted the interview through a shared Google Doc.

Matthew Rettino: The Washington Post listed The Poppy War as among the five best fantasy and science fiction novels of 2018. Do you have any stories about being surprised or pleased by your audience’s reactions to your novel?

R.F. Kuang: The reception has been really wonderful. We made several Best Of 2018 lists (Time, Amazon, The Guardian, and Barnes & Noble are the big ones!) which was obviously thrilling. We were also Goodreads Choice Awards finalist twice over in the Best Fantasy and Best Debut categories. And we just won a Stabby Award! I didn’t think The Poppy War was going to be so big—debut novels in adult SFF rarely are—so it’s all just been so pleasantly surprising. I don’t read negative reviews, so I sadly don’t have any funny stories about adverse reactions. But I will say I constantly get emails from young women with Asian heritage telling me how much it means for them to see themselves represented on bookshelves. That feels pretty great. I hope I can be a role model and mentor to young Chinese-American writers because I had so few writing role models myself growing up.

MR: You have begun studies as a Marshall scholar at Cambridge University researching memory and collective trauma. What kind of intervention do you hope to make in your field?

RK: I don’t know if “intervention” is really the right term. Contributions, maybe? I’m just in the first year of my two-year Master’s scholarship right now, so my research interests are shifting a lot. I guess that’s the privilege of having basically a decade more of school ahead of me. I’m really interested in the intersection between popular fiction/popular culture, nationalism, and collective memory in China. Right now, I’m researching for my MPhil thesis on the patriotic wartime short stories written by Dongbei writers from 1931-1945. But I’m thinking about shifting to more contemporary stuff during my second degree.

MR: You’ve discussed in previous interviews how you integrated themes of war and trauma in The Poppy War. Indeed, the brutality in your novel may not be for the faint of heart. Can you describe what your research process was like while writing The Poppy War? As a scholar, do you find yourself revisiting this material?

RK: I’ve discussed a lot elsewhere the difficulties I had writing and researching the most traumatic scenes (involving the Rape of Nanking and Unit 731), so I’d rather not rehash that here. Otherwise, the research process was pretty simple. I read a big list of texts on twentieth century Chinese history, then jotted down notes on what themes, character types, and historical incidents I wanted to incorporate into the story. The Poppy War is, obviously, not historically accurate. It uses China’s twentieth century more as a color palette than a structural guide. So I’ve completely changed up the geography, I’ve moved us back a few centuries to a time that more resembles the Song Dynasty, I’ve written battles out of order, and I have political factions making alliances or going to war when really they didn’t. I’ve also muddled the timeline of Western intervention (which you’ll see a lot more of in the sequels.) The trilogy is less historical fantasy and more a big, messy mashup with inspirations ranging from World War II to Ender’s Game to Avatar: the Last Airbender. The end product doesn’t make a ton of sense, but I hope it’s fun.

MR: Rin desires power at any cost and makes destructive choices in order to acquire it. What did you find compelling behind depicting such a transgressive protagonist?

RK: The whole trilogy is a villain origin story. I’m interested in the question of why good people—or people who think they are good—do bad things. Rin doesn’t see herself as a villain. She thinks she’s pursued the only options available to her to secure vengeance/safety for people she loves deeply and cares about. I think that is what distinguishes her from a lot of two-dimensional villains. We tend to attribute horrific acts to sociopathy or a mere disregard for human life. (We actually tend to do this a lot with the bad guys of history too, which I don’t find a useful thought exercise because it ends up glossing over all sorts of issues regarding historical movements, bystanders, and moral responsibility.) Anyways, this is a trite line, but I think villains are always more interesting when they see themselves as the heroes.

MR: What can we expect from The Dragon Republic when it comes out later this year?

RK: I think The Dragon Republic is a better book. It’s certainly quite a bit longer. But seriously, I’ve learned a lot about craft (most of it at Odyssey!) since I finished The Poppy War, and I hope The Dragon Republic reflects that. I think the pacing is better, the characterization is stronger, the plot is more complex, and the stakes are larger. I think my voice matured (which would make sense, because I was 19 when I finished The Poppy War and 22 when I turned in last edits on The Dragon Republic). But then, I’m biased. Advance reading copies will go into the world pretty soon–I’m excited to see if the rest of the world agrees!