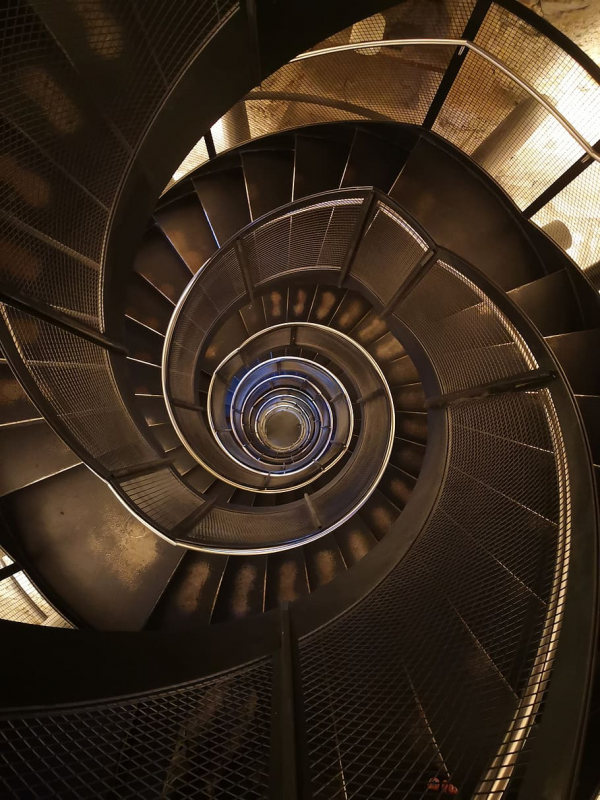 Having come this far in this Archaeology of Weird Fiction project, I have noticed that certain patterns of representing the attraction and danger of the weird have begun to repeat as patterns. In addition, I keep finding parallels, in one way or another, to Jeff VanderMeer’s Annihilation. In this, my experience of “People of the Pit” by A. Merritt was no different. It is, however, the first story in the collection to explicitly feature archaeology and past civilizations as a source of the weird (except perhaps in “The Hungry Stones” by Rabindranath Tagore).

Two men exploring the far northern reaches of Alaska come across a hazy mountain with five peaks outstretched like a hand where a strange light is glowing. A frightened man near death crawls up to their campfire and tells them he has just returned from those very mountains. He narrates the story of his encounter with the People of the Pit. Having reached the mountains from the other side, the horrified speaker recounts how he journeyed down the bottleneck of the seemingly infinite pit that lies between the mountains, to finally reach the massive, primeval city at the bottom.

Made a captive of the invisible, glowing creatures who live at the bottom of the pit, the man participates in their chanting rituals and eventually comes to see the inner sluglike forms. Horrified, he breaks his chains and escapes. The man finishes his tale and soon dies. The explorers cremate the man according to his wishes and scatter his ashes to prevent the People of the Pit from claiming his body after death.

According to the editors, Merritt was heavily influenced by Gertrude Barrows Bennett, the first major female American science fiction and fantasy writer and inventor of dark fantasy, who published under the pseudonym Francis Stevens and wrote weird tales about lost civilizations. Merrit, in turn, influenced H.P. Lovecraft, who himself was an admirer of Stevens/Bennett. All three authors are included in The Weird.

“The People of the Pit” follows the formula of an explorer/scientist who journeys to the frontiers of the (to Europeans) known world to investigate a curious phenomenon, only to encounter horror and terror and supernatural dread. Some of Merrit’s other scientists, like Throckmartin in The Moon Pool and Goodwin in The Metal Monster, use the scientific process to get themselves out of seeming supernatural quandaries, and do so successfully. These novels are better spoken of as science fantasy. However, “The People of the Pit” destabilizes the efficacy of science, calling into question its ability to categorize extraordinary phenomena, in the way that much weird fiction does.

The explorers note the whispering coming from a strange light on the mountain, which “can’t be the aurora” (101). Indeed, it is not a “crackling sound like the ghosts of winds that blew at Creation racing through the skeleton leaves of ancient trees that sheltered Lilith” either; rather, it holds “a demand. It was eager” (101). It evades the categories of Judeo-Christian mythology and science and attracts their curiosity with “inexorable insistence” (102) in a way that recalls the Sirens from the Odyssey. This phenomena that evades their categories and classifications produces a curiosity that can lures and seduce men to their doom. In a way, this whispering is the equivalent to Tagore’s marble palace and Ewers’s Clarimonde. It demonstrates the sensual’s domination over the rational, a modernist dichotomy.

Drawn by the mystery of the mountain, which is a kind of El Dorado given the “Athabasean” legend of gold streaming out from the peaks (102), the survivor recalls his first sign of the unusual: a road. Since he is far from civilization, the existence of an ancient road in the wilderness is unexpected in how it suggests the ancient presence of a technologically advanced human civilization. “Lost” civilization tropes often carry the problematic assumption that non-Western, non-white people could not have possibly built monumental structures, urban centres, or possessed advanced technology.  Perhaps, then, the Athabaseans’ ancestors, or those of another Indigenous nation, had built this city once, long ago. However, “The People of the Pit” does not specify who used to live here; that fact has been lost to time and history and is one of the many unsolved mysteries that confront the survivor as he ventures past the city, over the mountains, and into the pit.

Currently, I am teaching a 12-week course called “Imagining the Past: Fiction & Archaeology” in which I am leading discussion on fictional texts about archaeology and history. In this course, we’ve been talking a lot about what motivates archaeologists–for some it is a quest, a curiosity about the world, or a need to fill out the answers to a burning question rather than face the blankness of the unknown. Merritt’s story features and explorer and honourary archaeologist whose curiosity about the world leads him to his doom.

While celebrating this curiosity in a certain way, Merritt also exposes just how little of the world is actually known. In 1918, places like northern Alaska may still have contained regions remote enough that most Americans could believe a Pit of this size and scale could exist. However, what seems to have driven Merritt to write this story is not enthusiasm for mapping uncharted frontiers, but rather an awe at that very unchartedness. He revels in exposing precisely what is unknown, and those who investigate it too closely pay a price.

Perhaps he was a romantic, reacting against modernity’s exhortation to map the last pockets of difference on the earth’s surface. Rationalism and irrationalism, sensuality and reason are at war in Merritt’s work.

The survivor is drawn to his doom by the pit. Curiously, this image anticipates the Tower in VanderMeer’s Annihilation: a spiral staircase leading down, down, down to a seemingly infinite depth. “It was like peeping over the edge of a cleft world down into the infinity where the planets roll!” writes Merritt (104). The pit has a hoard of possible meanings: a journey to the unconscious or to the underworld, a quest for the base of reality itself, the end of all questions and inquiry–a base that does not really exist.

In a further parallel with Annihilation, the walls are inscribed with an inscrutable text. In “People of the Pit,” that text is visual. The inscriptions along the wall of the spiral staircase in Merritt, left behind by unknown peoples, contain figures that hold back a vaguer, underlying image: an “impression of enormous upright slugs” (104). Later, when the survivor reaches the city at the bottom of the pit, he sees inscriptions on an altar of “formless things that gave no conscious image, yet pressed into the mind like small hot seals–ideas of hate–of combats between unthinkable monstrous things” (106), suggesting the abstracted forms of primitivist paintings.

The mention of a upright slugs connects the People of the Pit to the Crawler in Annihilation. Both are described as grotesque sluglike creatures who glow and whose form seems too much for the human eye to take in at once. Both are sublime monsters because they surpass our senses’ ability to see and our brains’ ability to make understand them.

To better illustrate, VanderMeer describes The Crawler as follows:

[I]t was no longer golden but blue-green, and the blue-green light was like nothing I had experienced before. […] As I adjusted to the light, the Crawler kept changing at a lightning pace, as if to mock my ability to comprehend it. […] It was a great sluglike monster ringed by satellites of even odder creatures. It was a glistening star. My eyes kept glancing off of it as if an optic nerve was not enough. (176)

Compare this with Merritt’s description of the People of the Pit:

Great transparent snail-like bodies–dozens of waving tentacles stretching from them–round gaping mouths under the luminous seeing globes. They were like the ghosts of inconceivably monstrous slugs! […] They did not crawl or walk–they floated! They floated and were–gone! (108)

While VanderMeer’s prose is less exclamatory, the similarities are clear. The monstrous bodies of the People of the Pit and the Crawler are abject and grotesque due to their being in excess of the very categories used to define them. They throw in question humanity’s ability to classify phenomena and understand the universe. They throw in question the very capacity of language–the very language the authors use–to describe them. They are a splinter irritating the universe with their own incomprehensibility, exposing the world for its illusions.

In short, “The People of the Pit” is a quintessential weird tale, destabilizing Enlightenment assumptions about reality and the knowability of the universe, suggesting there are whole worlds and civilizations that lie beyond our senses and our understanding–a position that would go on to influence Lovecraft.

Next week, I’ll be writing about the ‘father of the Japanese short story’, Ryūnosuke Akutagawa, and his weird tale, “The Hell Screen.”