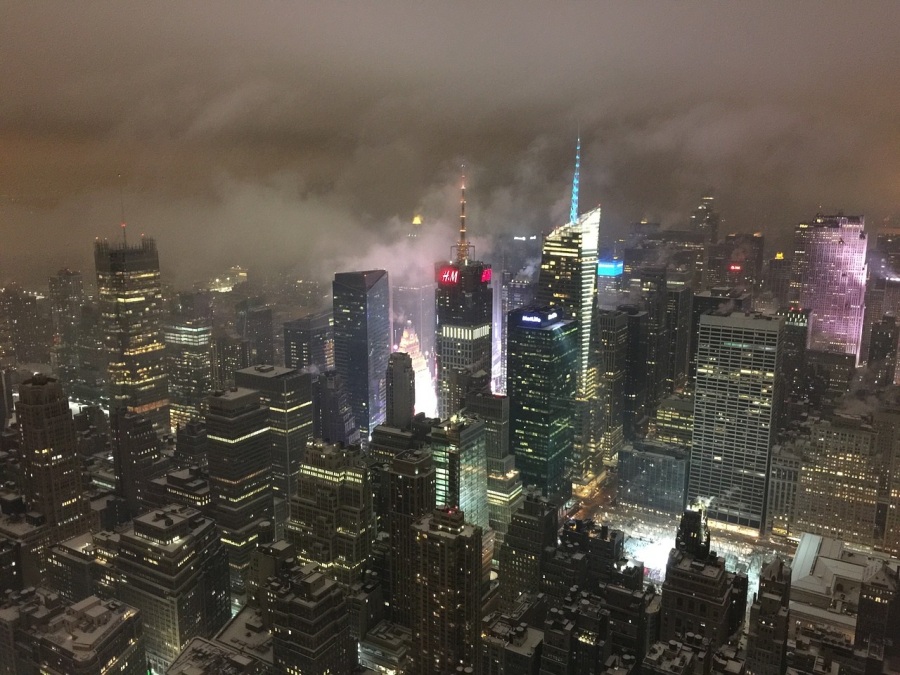 “There is something ungodly about these night wire jobs. You sit up here on the top floor of a skyscraper and listen in to the whispers of a civilization. New York, London, Calcutta, Bombay, Singapore–they’re your next door neighbors after the street lights go dim and the world has gone to sleep” (“The Night Wire,” The Weird, 154).

Such is the unforgettable opening of H. F. Arnold’s “The Night Wire,” published in Weird Tales magazine in 1926. The editors’ introduction to this story remarks upon its “still being able to chill the reader today despite using elements that could have made the story feel dated” (154), and this description suits the effect it had on me perfectly.

The opening encapsulates a sense of globalization that has not left us. The story as whole has the feel of a twenty-first century short story set in the 1920s. An Internet-aware author may have simply projected the mass interconnectivity of the Information Era onto a story about a lonely telegraph operator in New York City in the 20s and attributed it to a different author.

But if Arnold predicted our times, it was only because he wrote about his own.

The operator of a “night wire,” who I’m guessing is a telegraph operator working for a news service, listens to the news of the world, creating records of all incoming messages. With John Morgan, his one night operator staff member, he works late into the night transcribing information for the next day’s headlines.

On this particular night, he receives a message he would not have ordinarily noticed, except he has never heard of the city from which it originated: Xebico. The message, sent by another night wire man in Xebico, tells of a mysterious fog originating in a graveyard that slowly consumes an entire city, terrifying the residents.

The New York operator reads the operator’s copy in installments, each of which has already been typed by the oddly silent Morgan. “I will stay with the wire until the end,” the Xebico operator writes. “The fog is not simply vapor–it lives! By the side of each moaning and weeping human is a companion figure, an aura of strange and vari-colored hues. How the shapes cling! Each to a living thing! […] They are being consumed–piecemeal” (157).

The figures in the mist devour the people in the city as a set of rainbow lights of various spectra appear in the sky, announcing the arrival of entities completely outside of human experience: aliens, inter-dimensional beings, creatures born purely of light but who consume flesh. I was reminded of the light-globe people in A. Merritt’s “The People of the Pit.” At this point, I was also beginning to see how Lovecraft loved this story. Certain similarities with his weird tale “The Colour of Outer Space” are apparent.

The operator’s account stops suddenly, at the moment where he presumably perished. However, the New York operator seems to believe it was a hoax–like a 1920s version of a creepypasta. But when he touches Morgan to shake him awake, he realizes he’s gone cold. He’s been dead for hours, and worse, the narrator seems to think his fingers might have kept recording the account even after he had perished.

Had the mists killed him somehow, just through the act of transcribing the news from Xebico? What does the expanding mist mean for the other cities on Earth? One is left with the sense that the planet itself could be doomed as the mists expand, much like the it is doomed by the expanding borders of Area X in Jeff VanderMeer’s Southern Reach trilogy.

Though this story fits its 1926 context so well, it is also easy to see how it could be adapted to our own age. Perhaps the equivalent of a night wire operator today would be a reporter subscribed to a specific news feed, or even a doomscroller on Twitter working late into night, retweeting the major stories that emerge from across the globe as he slowly becomes jaded.

Today’s world is at a far more developed stage of inter-connectedness, but an earlier stage of that development of communications technology can be seen in this story. This is a weird tale that finds the weird and the disturbing in, among other things, the new frequencies of globalization and worldwide communication.

The editors make the author of this story sound rather mysterious, as though he were a name only known because it was associated with “The Night Wire” and two other published stories: one in Weird Tales and one in Amazing Stories. It’s not even known if H. F. Arnold was his real name, apparently. The editors seem to allow for a “weird” reading of his biography, as if the disturbing sense of dislocation the story creates could apply to the authorship of the story itself. One is left with the impression that Arnold is as mysterious as Xebico, a city not found on any map.

However, the blog Tellers of Weird Tales does supply a brief biography of H. F. Arnold that goes into more detail than the VanderMeers go into in The Weird. Some things, such as his wounding during World War II and the day of his birth and death, are known about the author, or about a man who shares his exact initials and last name. I’d like to know more about what exactly the controversy about his identity entails, and why this uncertainty as to his identity exists. Oddly, there is no hint on Tellers of Weird Tales that he might have worked as a journalist, as the VanderMeers say some have speculated–though Arnold did, apparently, work for Hollywood in PR.

Next week, I’ll be tackling the father of weird fiction himself, H. P. Lovecraft, and his defining weird tale, “The Dunwich Horror” (1929). I also hope to say something intelligent about his essay “Supernatural Horror in Literature,” a foundational text in the creation of the entity known as “weird fiction.”