Kurghan, a time-traveling Scythian blacksmith with a jewellery business in Montreal’s Plateau neighbourhood, notices that his son Altai is losing the culture of his people. Kughan longs for nothing less than to feel the wind in his hair again and to ride his horse on a leopard hunt. He wants the same for his son. But should he force the way of the warrior on Altai? Or should Altai forge his own path?

My urban fantasy story “The Goddess in Him” is now available to read on NewMyths.com. I like this story because it’s about the immigrant experience. I was inspired to write it while teaching English to recent immigrants and refugees in the Plateau. But “Goddess” is about immigration across a time scale: how would immigrants from the B.C. era integrate into contemporary society? I believe that if you raised a Roman child in today’s society, she would be dancing on Tik-Tok soon enough. The past, if made accessible to us, simply becomes another country.

It’s also true that we project many of today’s values onto the past. It’s a stereotype that men in previous societies were somehow stronger, more rugged, violent, survivalist–in short, more manly than they are today. It may have been more common that people worked with their hands in the past, but this fantasy of manhood is more of a projection of our own society’s patriarchal values onto the past, a false nostalgia for something that never existed. Often, cultures in the historical past were surprisingly open to trans and gender non-conforming people, or men wearing clothes that today would be considered “effeminate.”

In some ways, Kurghan represents the man’s man Conan the Barbarian stereotype. But I also try to subvert assumptions about historical gender roles in this story. So hopefully, you find “Goddess” thought-provoking as well as laugh-out-loud funny. In a way, it’s a classic “fish-out-of-water” story, like Son of Zorn or George of the Jungle.

I would love to hear your comments on this story. I’ve accomplished a major goal of mine here: to write an urban fantasy story set in my home city of Montreal. Ever since reading Neil Gaiman’s American Gods and Charles de Lint’s Newford series, and seeing Claude Lalumière’s Island Dreams: Montreal Writers of the Fantastic at a book festival, I was seized by the idea of bringing the fantastic to Montreal. Now I’ve done it for the first time ever. I hope it’s the first in a series of Montreal-inspired fantastic stories. 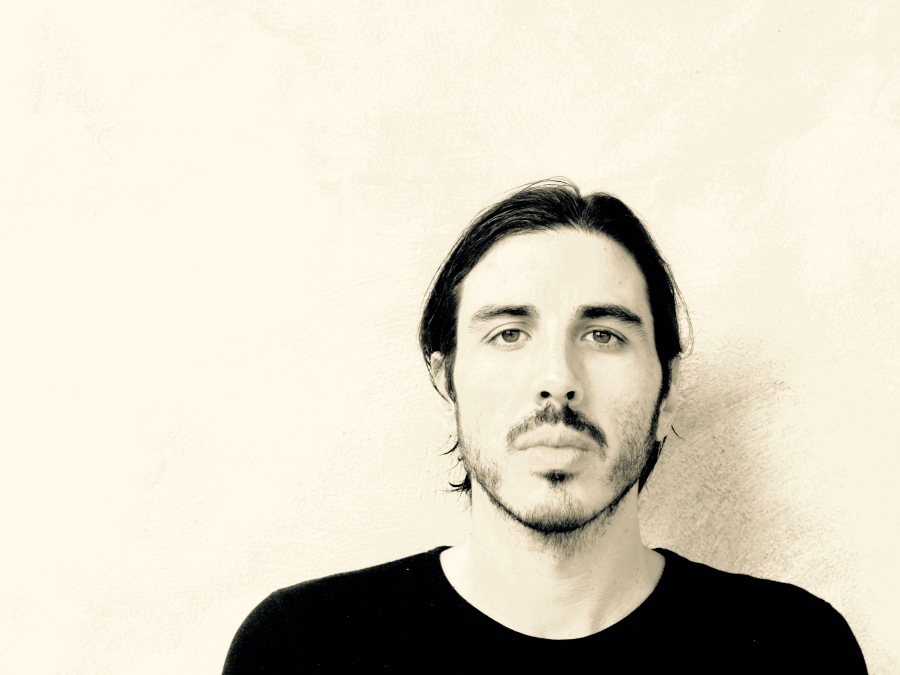 Pablo Valcárcel explores the thousand possible futures of a revolution in his time traveling story, “The Thousand Revolutions of Kronstadt.” The following interview was conducted over Google Docs.

Pablo Valcárcel is based in Madrid where he teaches entrepreneurship, mentors startups, and writes speculative fiction. You can follow his musings on mortality, Scrum for writers, and haunting songs on Twitter @awakedreamer. He is a graduate of the Odyssey Writing Workshop (2016) and his story “The Thousand Revolutions of Kronstadt” is included in Metaphorosis magazine.

In “The Thousand Revolutions of Kronstadt,” Futurographer Anatoly Yuryevich Kolchunov steals aboard a battleship during a historical revolt led by the sailors of Kronstadt against the abuses of the Russian revolution. There, strapped into the Chronosthesic engine, he searches all possible futures for a destiny in which the revolution does not devour its children. Is there a future in which the sailors survive Petrograd’s brutal suppression of their revolt and live to save the revolution’s ideals? Or is there no escape? Pablo Valcárcel’s story explores these questions and more.

Matthew Rettino is a speculative fiction writer and freelance editor based in Montreal, QC. He manages Archaeologies of the Weird.

MR: Personally, I find it fascinating that this story exposes a tension between doctrinaire Marxist teleology–the idea of the inevitable, global communist revolution–and a multiplicity of different futures. What gave you the idea to write about futurography in the context of the Russian Civil War? What attraction did this novum and this historical event have for you creatively?

PV: One of the most fascinating elements from Marxism, and specifically historical materialism, is that it aspires to follow a scientific approach to understand (and to some extent, predict) historical developments. In that sense, futurography (a scientific and predictive mapping of the future) and Marxism pair surprisingly well.

I feel that although there are many stories that explore alternate history and time travel in the context of the great conflicts of the twentieth century (Man in the High Castle comes to mind), there’s a missed opportunity when it comes to time travel from the Soviet perspective. Perhaps it’s because we tend to think of technological developments as politically agnostic, while in truth, they’re always coloured to some extent by society’s political views.

I also feel that the Soviet Revolution and the following Russian Civil War are one of the most fascinating periods of human history. It could be argued that never before, or ever since, has there been an attempt at reinventing society on such a massive scale. It is, despite the tragedy of its failures and shadows, in many ways the perfect setting to explore utopianism and societal transformation. One can’t help but wonder: What if they had actually gotten it right? How different could the twentieth century have been if post-revolutionary Russia had become the beacon of freedoms it aspired to be?

MR: The action of the story moves from Kronstadt, Russia to Barcelona, Spain. When the hero appears in Spain, where you live, the nation is in the thrall of the Spanish Civil War. Was there anything personal for you in setting part of this story in Spain during this time?

PV: As a Spaniard, the Spanish Civil War always ends up being a personal and weighty matter. Although, as far as I know, Barcelona isn’t really connected to my family history (perhaps that helped me to be able to keep some emotional distance from that element of the piece).

The main reason for me to choose Barcelona as a backdrop for one of the episodes in the story was that it was, at that time, a successful anarchist revolution.  A revolution that ended up being violently suppressed by the Bolshevik Communist factions of the Spanish Republic (again, just like in Kronstadt). It is plausible that a survivor from the purges who followed the Kronstadt uprising could have ended up among kindred spirits in the Barcelona of 1937, only to suffer again the same fate.

I’m also a huge fan of George Orwell’s classic “Homage to Catalonia” and I’ve always wanted to write something set in the revolutions that took place in Aragon and Catalonia during that period.

MR: The Chronosthesic engine enables Anatoly to see the future, but he must do so by living through thousands of his potential deaths, which act as “cartographic milestones” for charting the future. Can you talk a little about what inspired you to create this unique constraint for time travel? Was death always a part of it? How did this influence your approach to writing the story?

PV: Time travel as a form of consciousness projection isn’t, of course, a new idea, but when combined with the constraints of one’s mortality, it created a unique playing field. Not only is there a widespread belief in the clarity of our final moments, but from a practical standpoint, there was some sense of trying to cartograph the rough shape of a moving space by analysing the endpoints of some of its key vectors.

Nevertheless, possibly another key element of subconscious inspiration were the lyrics of the German band Rome for their song “The Chronicles of Kronstadt.” Often, my short stories emerge from developing further the nebulous imagery that forms in my mind from particularly inspiring lyrics.

In terms of its influence when writing the story, it offered both unique advantages and challenges. Advantages because I could explore different ideas or scenarios of competing timelines simultaneously. Challenges as well, because it was hard to compress these fleeting vistas into short snippets of information that felt both comprehensible and emotionally meaningful at the same time. I think that in the end, I was lucky enough to find a formula that allowed me to achieve a bit of both and hint at an even larger scope with the poetic use of repetition.

MR: Towards the end of the story, Anatoly remarks that “life is no longer to be postponed; it now must be lived.” Notably, you’ve also written the story in present tense. What made you decide to write your story this way? More philosophically, was this decision connected to Anatoly’s realization that a hyperfocus on future promises can be detrimental to seizing the moment?

PV: Again, credit where credit is due: I think that the theme of the story and Anatoly’s epiphany came from one of my favourite passages in Boris Pasternak’s Doctor Zhivago.

As for the point of view chosen for the story, the present tense offers an immediacy and urgency that fit very well with the revolutionary rhetoric that was part of the character’s narrative.

I think that the relationship between the point of view and Anatoly’s epiphany was something that emerged only after many rewrites, but as you said, it does provide a satisfying pairing between the ethics and aesthetics of the piece.

Sign up for FREE monthly Archaeologies of the Weird newsletter.